Which scientist got a record of patents for his discoveries?

Please log in or register for appropriate action.
0 votes
333 views
asked 12-Mar-2018 in General Knowledge by simron shukla
Which scientist got a record of patents for his discoveries?

Please log in or register to vote.
0 votes
answered 12-Mar-2018 by Shreyas Tandon

Yoshiro Nakamatsu, also known as Dr. NakaMats (born June 26, 1928), is a Japanese inventor who has become a minor celebrity for his inventions. He regularly appears on Japanese talk shows which, in conjunction with his appearance, usually craft a humorous segment based on one or more of his inventions. This genius man holds the record for 3300 patents alone...yes you heard that right...it’s 3300. Dr. NakaMats is lean, moderately intense and 84 years old. He wears a sharp, double-breasted pinstriped suit, a striped red tie with matching pocket square and an expression like Ahab looking for a crew to hunt the white whale. 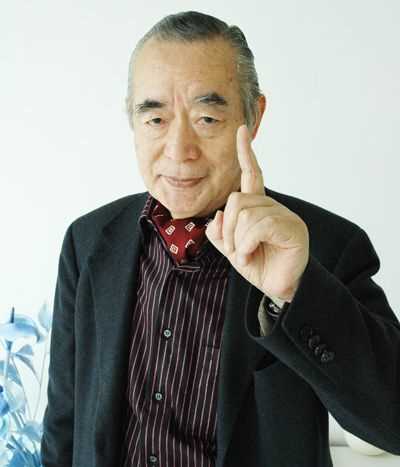 is an inveterate and inexorable inventor whose biggest claim to fame is the floppy disk. “I became father of the apparatus in 1950,” says Dr. NakaMats, who conceived it at the University of Tokyo while listening to Beethoven’s Symphony No. 5. “There was no mother.”
Though Dr. NakaMats received a Japanese patent in 1952, this virgin birth is disputed by IBM, which insists its own team of engineers developed the device in 1969. Still, to avoid conflicts, Big Blue struck a series of licensing agreements with him in 1979. “My method of digitizing analog technology was the start of Silicon Valley and the information revolution,” Dr. NakaMats says. His voice is low, slow and patronizing, solicitously deliberate. “I am a cross between Steve Jobs and Leonardo da Vinci.” 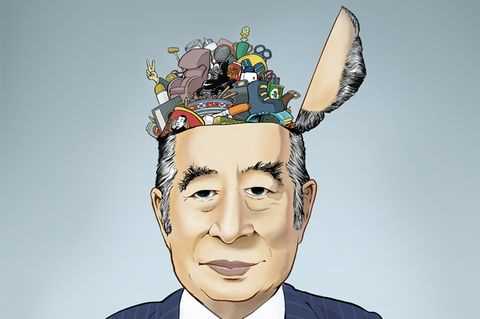 The floppy is only a short subject in the nonstop invention film that’s running in Dr. NakaMats’ brain. Among his other creations (he will earnestly tell you) are the CD, the DVD, the fax machine, the taxi meter, the digital watch, the karaoke machine, CinemaScope, spring-loaded shoes, fuel-cell-powered boots, an invisible “B-bust bra,” a water-powered engine, the world’s tiniest air conditioner, a self-defense wig that can be swung at an attacker, a pillow that prevents drivers from nodding off behind the wheel, an automated version of the popular Japanese game pachinko, a musical golf putter that pings when the ball is struck properly, a perpetual motion machine that runs on heat and cosmic energy and...much, much more, much of which has never made it out of the multiplex of his mind.