In Bihar, UNESCO has declared which place as a World Heritage Site?

Please log in or register for appropriate action.
0 votes
396 views
asked 11-Mar-2018 in Current affair by samay srivastava
In Bihar, UNESCO has declared which place as a World Heritage Site?

Please log in or register to vote.
0 votes
answered 29-Mar-2018 by Anonymous User 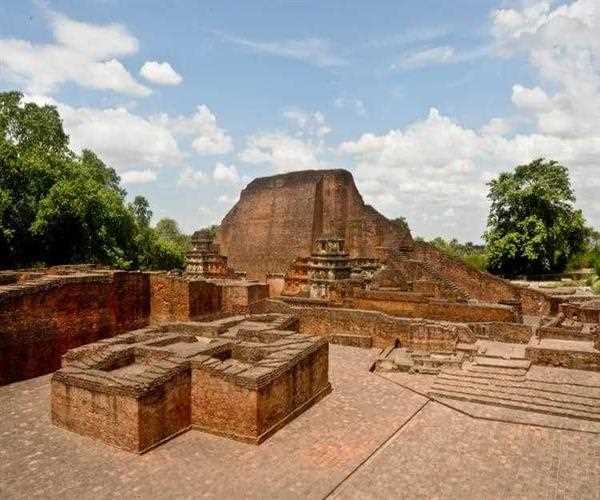 A giant Buddhist Abbey, Nalanda which is collapsed now, was one of the renowned Mahaviharas of the archaic India which was established at the archaic Magadha Dynasty. It flourished to be a Learning Center starting from the 7th Century BCE until c. 1200 CE and several moments it is been categorized as one of the ancient university established in India similar to the institutions, “Taxila” and “Vikramashila”. The aegis of the Gupta Empire witnessed this Mahaviharas bloomed during the era of 5th and the 6th Century as the time of the regime of the ruler of Kannauj, Harsha. Nevertheless, the enhancement in the tantric field of Buddhism while the Pala reign witness the Nalanda’s declination eventually. Scholars and students from locations like Central Asia, Tibet, China and Korea schooled in this exceptional Viahara that involved in the teaching of the Hinayana, Vedas, Mahayana, Sanskrit Grammar, Samkhya, and other languages. Renowned wayfarer monks similar to I-tsing and Hiuen Tsang belonged from East Asia roamed around the place in the 7th Century. Which is now been recognized as the World Heritage Site by UNESCO, it not only brag about its being one of the tourist sites of the revered Buddhist within India but also it ensures the attention of the Archaeologist, Scholars, and Historians.

Nalanda was initially a flourishing town near Magadha's capital Rajagriha (directly Rajgir) situated adjacent to a prime exchange course. As per sources, Gautam Buddha gave away addresses in a near to mango forest called Pavarika and Jain Tirthankara, Mahavira likewise remained at Nalanda for around fourteen blustery seasons subsequently approving the presence of the place to as right on time as the 5th– 6th century BCE. The Tibetian Lama Taranatha of the seventeenth century said that a colossal sanctuary was built at the site of chaitya of Shatiputra at Nalanda by the considerable Indian head of the Maurya Dynasty, Ashoka who later grasped Buddhism. Taranatha likewise expressed that Nagarjuna, a third century CE illuminator, and Mahayana logician stayed head of the organization while his contemporary, another light Suvishnu built around 108 sanctuaries in the zone. Different speculations exist with respect to the naming of the place. While Hiuen Tsang attested that it was gotten from “Na alam d?” which means philanthropy without interlude or no end in endowments, I-tsing trusted it originated from “N?ga Nanda” where naga alludes to a snake in the neighborhood tanks whose name was Nanda. The travelogue of these two Chinese priests gave the greater part of the data that could be accumulated about Nalanda preceding the eighth century. 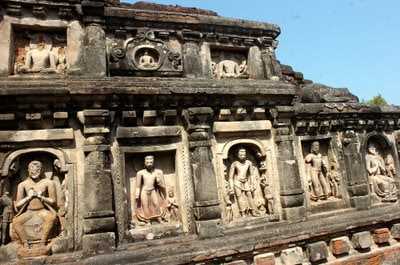 An architectonic chef-d'oeuvre, Nalanda, was expanded to the huge arena while the archaic period, is been in a ramshackle state in a recent phase of time with its scrape deterioration calibrating an arena over all of 12 hectares. Including 10 sanctuaries, 8 singular compounds, parks, classrooms, contemplation corridors, and lakes this private school with residences for understudies bragged of having in excess of 2,000 instructors and 10,000 understudies amid its prime. Researchers and understudies from faraway places including Japan, Turkey, Persia, Korea, Tibet, Indonesia, and China went to the Mahavihara. Subjects instructed here included Hinayana, Mahayana, Samkhya, Mahayana, Chikitsavidya, Mahayana, Vedas, and Atharvaveda others too. As indicated by regular Tibetian sources, Nalanda housed a major library called 'Dharmaganja' (Piety Mart) that included three multi-storied buildings called 'Ratnaranjaka' (Jewel-enhanced), 'Ratnodadhi' (Sea of Jewels) and 'Ratnasagaral (Ocean of Jewels). Accumulations of the library included religious compositions and messages on prescription, space science, rationale, crystal gazing and writing among others. As indicated by I-tsing, the priests would amass to talk about authoritative and other unequivocal issues and finished choices simply subsequent to taking assent of all at the gathering as additionally the occupant priests. 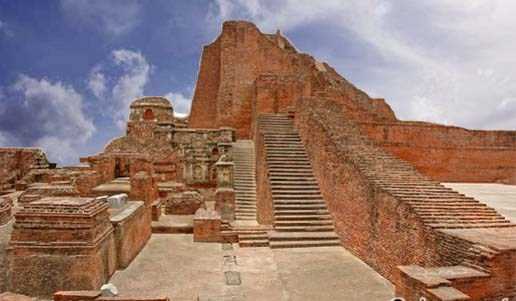 With the ascent of Tantric practices in Buddhism amid the Pala decide that included mystery enchantment and ceremonies following the slow decrease of the Pala line post the eleventh century complimented with a surge of Hindu theories over the subcontinent saw a possible decay of Buddhism in India prompting decrease of Nalanda. Albeit as yet surviving, Nalanda probably confronted a major blow in c. 1200 CE when it was pillaged and annihilated by an armed force headed by Bakhtiyar Khilji, of the Muslim Mamluk Dynasty. As per a few sources, it attempted to work incidentally yet was bit by bit left and just came to see when the 'Archeological Survey of India' (ASI) studied the site and led introductory removal works in the nineteenth century. In 1915, scrape works of ASI exposed presence of 6 block sanctuaries and 11 religious communities. A few collectibles including engravings, mint pieces, models, and seals were exhumed from the site which now discovers put in the Nalanda Archeological Museum.