Chandrasekhar Rath, the veteran litterateur has passed away. He hailed from which state?

Chandrasekhar Rath, the veteran litterateur has passed away. He hailed from which state?

Please log in or register to vote.
0 votes
answered 24-Apr-2019 by Anonymous User

‘Chandrasekhar Rath’ was a veteran Odiya literature was from ‘Odisha’. He died on February 9, 2018, in ‘Bhubaneshwar’ the Capital city of Odisha. 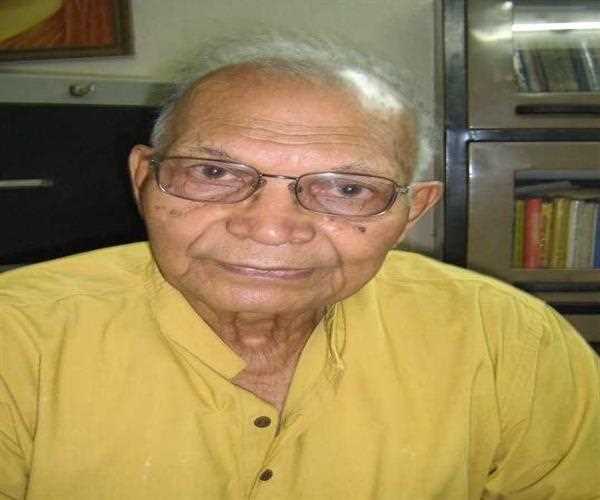 At the age of 89 years, he died due to age-related ailments at Bhubaneshwar in a Private Hospital. In his career, he wrote many novels, short stories, essays, and poetry. He was a well-known writer of the Nation in Fictional and Non-Fictional category both. The Governor of Odisha, address his death as a great loss to the Odia Literature and his readers, followers, and admirers. His last rites were paid tribute by the Chief Minister Navin Patnaik and the number of peoples after visiting his residence in the city. As well as, the Union Petroleum Minister ‘Dharmendra Pradhan’ also paid respect and condolence over his death and a loss to the country.

As far as his life and career are concerned, he completed his Post-Graduation in English from the University of Lucknow. Later, in 1952, he joined Orissa Education Service as a Lecturer of English. He retired from his job in the year 1987. He was a good translator as well. He translated a Biography from Odiya to English language and also translated some English Poems into Odiya language. Some of his famously acclaimed novels are Asurya Upanivesh (The Sunless Colony) in 1974, Yantrarudha (The Instrument) in 1967, Nav Jatak (Regenesis) in 1981, and many more. Whereas, these novels are the few of his writings which give him a special place and recognition in Odia literature.
In his lifetime, he has been honored with several awards for his writings. Some of the prestigious awards were Kendra Sahitya Akademi Award, Odisha Sahitya Akademi Award, and Atibadi Jagannath Das Samman for his eminent contribution in the field of literature. He was also, get nominated for the prestigious Padma Shri Award in the year 2018.