Which river is called the Ganga of the south?

Please log in or register for appropriate action.
0 votes
426 views
asked 05-Mar-2018 in Rivers by twinkle das
Which river is called the Ganga of the south?

Please log in or register to vote.
0 votes
answered 17-Jan-2020 by Anonymous User 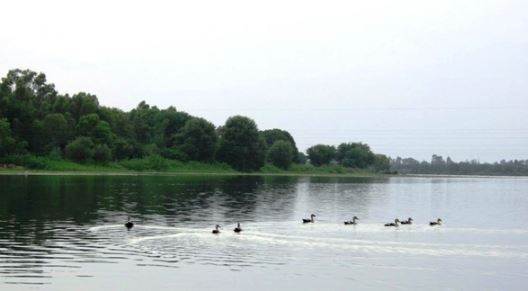 Kaveri river also spelled as Cauvery is a major river that flows through South India. It is known as the Ganga Of The South. It is termed so because of it's sacred position and religious relevance. It's presence is in Karnataka as well as Tamil Nadu where it supports the lifeline of crores of people.

It ascends on Brahmagiri Hill of the Western Ghats in southwestern Karnataka state, streams in a southeasterly bearing for 475 miles (765 km) through the conditions of Karnataka and Tamil Nadu, and drops the Eastern Ghats in a progression of extraordinary falls.

Kavery Sangam is the meetup of three rivers-  Kavery River, Kabini River, and Hemavati River. It is in Srirangapatna, Mandya region in  Karnataka, India. Before ending  into the Bay of Bengal south of Cuddalore, Tamil Nadu, the waterway breaks into an enormous number of distributaries shaping a wide delta called the 'nursery of southern India.' Known to dedicated Hindus as Daksina Ganga ('The Ganges of the South'), the Kaveri River is commended for its natural view and sacredness in Tamil writing, and its whole course is viewed as a sacred place. The river is likewise significant for its water system channel projects which benefits everyone.