What does Martin Luther King mean when he says true ekklesia'' in his speech?

What does Martin Luther King mean when he says true ekklesia'' in his speech?

Please log in or register to vote.
1 votes
answered 08-Mar-2018 by Shreyas Tandon

Martin Luther King makes reference to "the true ekklesia". The word 'ekklesia', means 'church', so by invoking "the true ekklesia", he is invoking the real church. This is in reference to "the church within the church", or the part of church beyond organized. Martin Luther King expresses disappointment towards the church and the people there. In MLKs "Letter From Birmingham" he makes reference to the "true ekklesia". he had a dream The "I have a dream speech" was given by King to between 200.000 and 300,000 people from the steps of the Lincoln Memorial at the March on Washington for Jobs and Freedom on Wednesday 28 August 1963. Martin Luther King Jr. gave this speech on the steps of the Lincoln Memorial in Washington D.C. on August 28, 1963. he gave an I have a dream speech in front of the Washington memorial in dc . 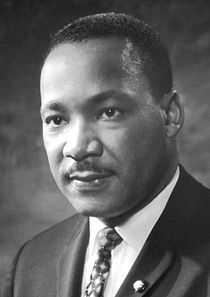 Over the time, things have changed, while the change has been significant, it is still not enough. Martin Luther King's dream is just that: a dream. Very little close to becoming a reality than it was when the great man spoke about it in Washington, DC. From the injustice of racial segregation, all ethnic minorities, not just blacks, face the stigma created by quota-based 'positive discrimination' programs- intended to HELP such people. Unfortunately this leads to some whites believing that ethnic minority employees or students only got in because of their race, not their abilities. One African American politician said 'we have to run twice as fast to be considered half as good'. Only when we achieve true equality, not the half-hearted attempt by politicians, will Dr King's dream truly be realized. 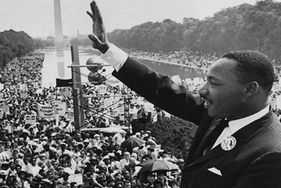 People have different opinions about that world famous dream. When asked, one of them said: “If it's not race it's sex, sexual orientation, religion or nationality. Racism is a symptom of a disease that blinds us to the fact that we are, in a very real sense, all one. When we wake up to the fact that the welfare of the other is our own then racism and other prejudice will seem pointless and silly. “