Who was the author of the famous text, Mudrarakshasa?

Please log in or register for appropriate action.
0 votes
252 views
asked 26-Feb-2018 in History, Politics & Society by Ana Paulson
Who was the author of the famous text, Mudrarakshasa?

Please log in or register to vote.
0 votes
answered 28-Feb-2018 by Anonymous User 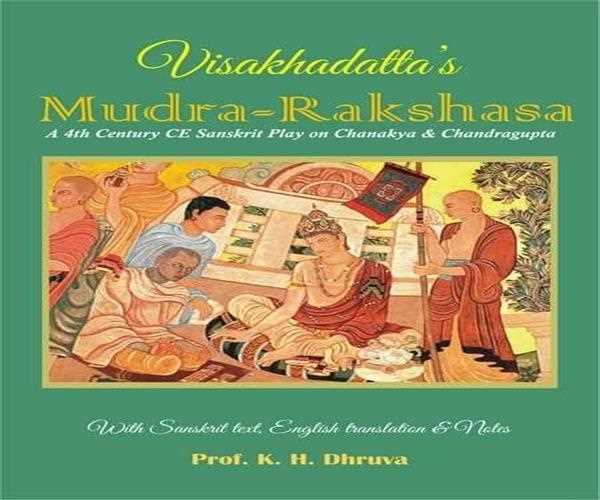 The historical play Mudrarakshsa was written by Vishakhadatta in Sanskrit, which narrates the levitation of the power of King Chandragupta Maurya over India during the time period of r. c. 324 – c. 297 BCE.

This play is the one and only surviving script for Vishakhadatta, though there exist few of the chunks of his other works attributed to him. The titles of Vishakhadatta’s grandfather and father do pointed to a royal background with similar tastes which made quite obvious of him being in the political management at the local level. Also, it was very certain him being into literature leaving the worldly matter.

Elaborately he stands somewhat separated from different writers. A legitimate artistic education is obviously no chance lacking, and in formal terms, he works inside the typical traditions of Sanskrit writing, yet one doesn't feel that he develops these traditions excitedly for their own particular purpose. It would be a crime to recommend that one can identify in his composition a cut, semi-military expression as it is considered Kalidasa an untutored offspring of nature basically in light of the fact that he shows himself less soaks than Bhavabhuti in philosophical savviness. However, most would agree that Vishakhadatta's exposition entries specifically regularly have a specific firmness contrasted with the supple figure of speech of both Kalidasa and Bhavabhuti. In relative, as opposed to outright, terms his style incorporates towards the rule of "more matter and less craftsmanship."

Well, this is just not enough there were several other ways for contributing to the literature of Sanskrit by people who are involved- for currently, the three plays attributed to the praised ruler, Harsha (vardhana). The attribution is conceivable, and the plays are skilled and commendable pieces. Be that as it may, not at all like the Mudrarak?asa, they hold fast intently to traditional scholarly beliefs. Harsha no uncertainty wished to demonstrate that he could compose and in addition he could rule: yet in the final resort, one presumes that he would have been more intriguing to know as a man than as a screenwriter. We don't know whether Vishakhadatta, then again, on the off chance that he was some sort of politician, was all things considered either unique or fruitful; however, as a dramatist, he is both.

This was all about Mudrarakshsa!