Who is the first chief Justice of India ?

Who is the first Chief Justice of India?

Please log in or register to vote.
1 votes
answered 12-Jan-2018 by Anonymous User 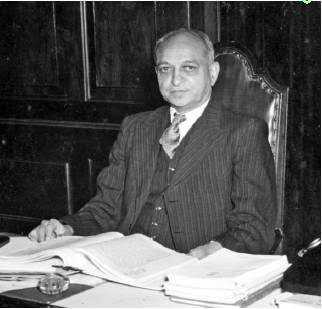 Kania was born in Surat into a middle-class family. his father Jekisundas worked as Sanskrit professor. also, later appointed as principal of Samaldas College in the princely state of Bhavnagar. His grandfather worked with the British Government in Gujarat as a revenue officer  ,  The lawership didn't  limited to him only, the elder brother of H. J. Kania, Hiralal Jekisundas was also a barrister whose son Madhukar Hiralal Kania became a Supreme Court judge in 1987, and subsequently Chief Justice.

Kania earned the degree of BA from Samaldas College in 1910, which was followed by an LLB from Government Law College, Bombay in 1912 and an LLM from the same institution in 1913. He began to practise as a barrister at the Bombay High Court in 1915, subsequently marrying Kusum Mehta, the daughter of Sir Chunilal Mehta, sometime member of the executive council of the Governor of Bombay.

hope this was informative!!!