Who sworn in as 45th Chief Justice of india ?

Who sworn in as 45th Chief Justice of india ?

Equity Dipak Misra was named as the 45th Chief Justice of India (CJI) on August 28, 2017, supplanting Justice JS Khehar. He was controlled the promise of office by President Ram Nath Kovind amid a short service in the Darbar Hall of Rashtrapati Bhawan. 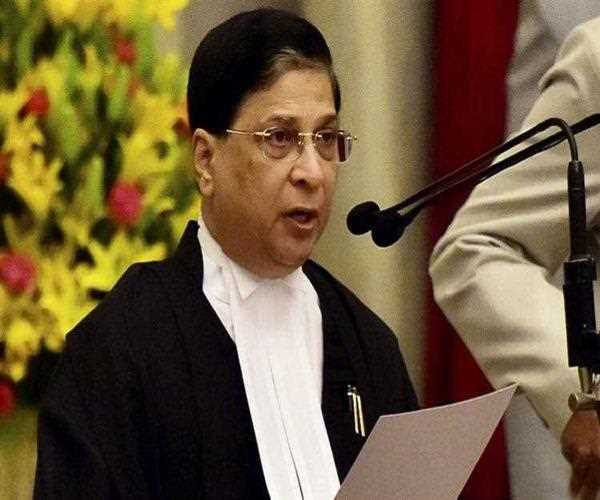 Misra turned into the Chief Justice of Patna High Court in 2009 and in 2010 he turned into the Chief Justice of the Delhi High Court. He will direct the pinnacle court for 13 months and six days.
Equity Misra's essential decisions incorporate the conviction of Mumbai impact sole censured Yakub Memon, capital punishment for four convicts in the 2012 Nirbhaya assault case and condemning Justice Karnan to a half year detainment for the scorn of court. Equity Misra-headed seats have maintained the sacred legitimacy of Sections 499 and 500 of IPC. Segment 499 and Section 500 of the Indian Penal Code make criticism a criminal offense under the law.
He had additionally stood out as truly newsworthy when the seat he was driving announced it compulsory to stand when the National Anthem plays in silver screen halls. There have likewise been affirmations against Justice Misra incorporating gaining land in Odisha by sketchy means and over his name showing up in the suicide note by previous Arunachal Chief Minister Kalikho Pal.
With the exit of previous CJI Justice Khehar, the nation anticipates witnessing how CJI Misra will lead India's best court.
With the Supreme Court's ongoing decision of announcing security as a crucial right, the Aadhaar Constitution Bench has lost its lead judge, previous CJI Khehar, with the arrangement of Misra. In an India where protection is a central right, numerous imperative civil arguments will be affected, including Aadhaar, Section 377, RTI, information security, hamburger and steers butcher bans and so on.
Under Misra's administration, the Babri Masjid question and the Memorandum of Procedure (MoP) for the arrangement of judges may likewise witness resolutions.