Should we be using Google+ for marketing?

Should we be using Google+ for marketing?

Please log in or register to vote.
0 votes
answered 14-Dec-2017 by Anonymous User 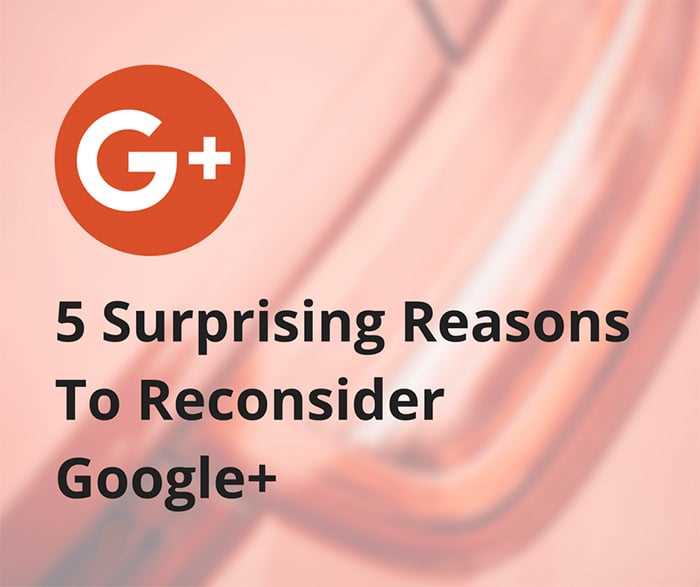 Been a writer myself, I found Google+ as the prodigious tool that can be used for marketing… Personally, I am a very big fan myself of Google+, which enhances your growth in terms Content Sharing, SEO reasons and Branding. Thus, it was quite natural for me to have a shift on these digital mediums like LinkedIn, Facebook and Twitter and thus help my content to get buffered.

Well, I am quite excited to share my views on the fact that, It is really been one of the amazing marketing tool used digitally.

1. Indexing of the Google+ contents are pretty much faster than any other social media for better search results :

Google+ pages are been in great help your SEO. It is fascinating SEM tool for influencers, Personal Branding, and Companies. Thus, partaking blogs on Google+ is the brilliant move altogether…

Sets a rank for your keywords, which otherwise won’t be possible

Grabbing the attention of the traffic via, your profile picture and your content which would further redirect them to your website

2. Everyone, You Email Can See Your Google+ Profile :

The Gmail account is been used by more than One Billion people every month. I am sure of this fact that you are been counted into the statistics. Thus, using a Gmail account would let your identity be known to those whom you are sending the mail. Hence, providing a lot of information about the one another which would include a bio, social links and many more…

Well, on the basis of the number of clicks over your profile would make you stand on the top in search. In such a way Google+ is been the marvelous tool used for marketing.

Having a look over the statistics, there has been a record that projects, there are 375 million people lies in the user category and around 2.2 Billion profiles on the Google+ as its account formation is been followed by the Gmail Account.

What I discovered most intriguing is the key socioeconomics from those dynamic Google+ clients.

It's regular to hear that Google+ is awesome for contacting individuals in tech and it could be genuine in light of this socioeconomics.

This excellent infographic from Sprout Social clarifies more what socioeconomics look like for other informal organizations:

In view of these there are a couple of things to note:

4. Google+ Communities are Powerful (and Popular):

Google as of late discharged the numbers for groups on Google+ as having 1.2 million day by day new group joins.

So what is a group on Google+? As indicated by Google:

In case regardless you're beginning on Google+ and don't exactly have a following yet, presenting content on groups is an incredible approach to construct a crowd of people. A few working environments likewise utilize Google+ people group as an inward informal organization for representatives.

There are huge amounts of dynamic Google+ people group, there are only a couple of cases:

5. These 10 Major Brands and Influencers Are Seeing Success on Google+ :

Sliding your fingers over the Google+, I observed that several influencers and brands were flooded over with their fans just like, National Geographic, NASA and Dalai Lama shares stunning photos and write-ups which have led to more than 7.5 million followers thus, showing up a vast engagement with people.

thus, these were the few essence how you can grow your brand over here...

I hope you found it useful!