What is mesh topology?

What is mesh topology?

Please log in or register to vote.
0 votes
answered 03-Feb-2020 by Sangsaptak Pal

A mesh network or meshnet is a local network topology in which the various nodes like bridges, switches, and other devices connect directly, dynamically and non-hierarchically to as many other nodes as possible and cooperate with one another to efficiently route data from/to clients. The lack of dependency on one node allows for every node to participate in the relay of information. Mesh networks reduce installation overhead as they dynamically self-organize and self-configure. The ability of the topology to self-configure enables dynamic distribution of workloads, particularly in the event of failure of a few nodes. This contributes to a fault-tolerant network with reduced maintenance costs.

Mesh topology may be contrasted with conventional star and tree topologies in which the bridges or switches are directly linked to only a small subset of other bridges or switches, and the links between these neighbors are hierarchical. While star and tree topologies are very well established, highly standardized and vendor-neutral, not all vendors of mesh network devices have agreed on some common standards. Thus, the interoperability between devices from different vendors is not yet assured.

Mesh topology can be further divided into two kinds namely : 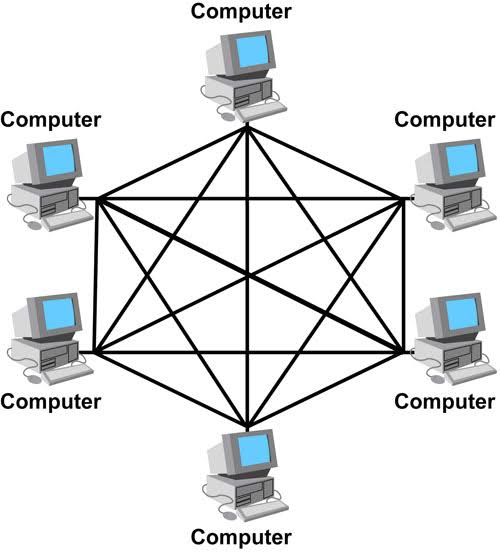