Which was the first film in which Amitabh and Jaya Bachchan worked together?

Which was the first film in which Amitabh and Jaya Bachchan worked together?

Bansi Birju was the first movie in which Amitabh Bachchan and Jaya Bachchan worked together. Bansi Birju got released in the year 1972. It was directed by Prakash Verma. 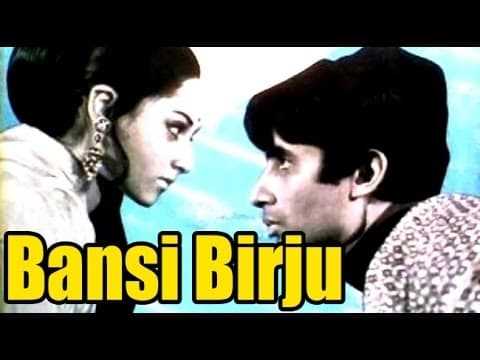 Bansi Birju was a romantic drama movie in which Bansi (Jaya Bachchan) was a dancer in Mithal Bai’s Kotha. A day she performed at a house of village Seth Mehtab Singh’s house after her dance Mehtab Singh tries to molest her but somehow she escapes and gets herself in a bus where she met Birju (Amitabh Bachchan). Bansi found Birju as a wise person and finds her a wise person and tells her whole life story. The story continues and they fell in love with each other but due to Bansi past character, her villagers don’t accept her.
Add comment
answered 29-Nov-2017 by Anonymous User